Head bowed in indescribable mourning, and Prince William walked alongside the Duke of Edinburgh in the procession of mourners behind his mother’s coffin.

This is Netflix’s chilling legislation for Princess Diana’s funeral in 1997, in scenes sure to cause grief for the royal family.

In a grim recreation of heartbreaking events, the royal standard is placed atop the coffin on the carriage – just as in real life – while actors in the ceremonial uniforms of the Welsh Guard walk hand in hand.

Amid the ongoing outcry over the series’ disregard for historical truth, the shocking scenes revealed in our Netflix exclusives will plunge into a new controversy over The Crown. 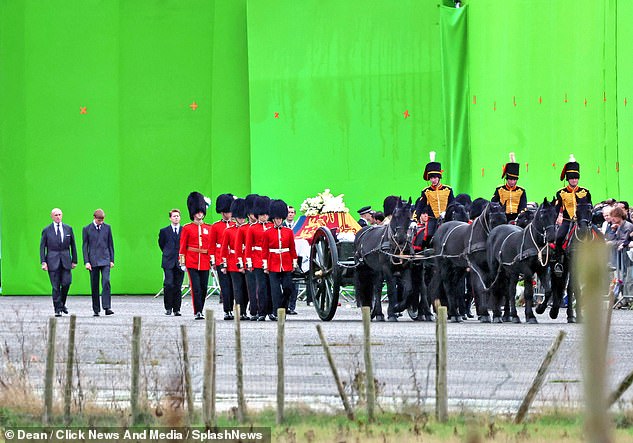 This is Netflix’s chilling legislation for Princess Diana’s funeral in 1997, in scenes sure to cause grief for the royal family

The scene was filmed in secret, with grieving William and Prince Harry – then aged 15 and 12 – at an abandoned RAF base and is due to air in Season 6 next year.

To the chagrin of Diana’s family and friends, The Crown’s production team will be in Paris next week to reenact her final hours, The Mail on Sunday revealed.

Last night, people close to the royal family criticized the Netflix series as “crude, cruel and completely insensitive, especially considering the recent death of the Queen”.

William Shawcross, biographer of the Queen Mother said: “Nothing is sacred [the writer of The Crown] Morgan House. He made his republican sentiments and contempt for our late queen very clear.

“This is an abhorrent series that has lied to the public and done unbelievable harm to the royal family from the Queen to our new king. Unlike any other family, they cannot sue.”

It’s highly unlikely that Morgan and his colleagues at The Crown will fail to understand the sensibilities of re-creating the day William and Harry had to bid farewell to their beloved mother, who passed away at the age of 36.

The two princes spoke publicly of their anguish of having to follow the ark on its last mile along the mall, through Horseguards Parade, along Whitehall to Parliament Square and on to Westminster Abbey. 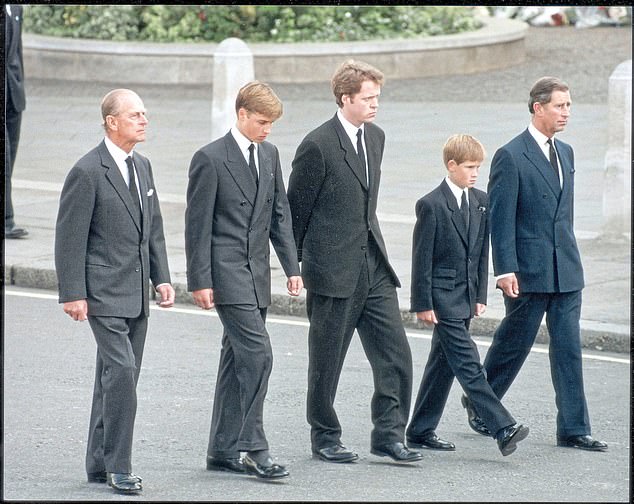 The family at Diana’s funeral in 1997. The Netflix scene of grief for William and Prince Harry – who was aged 15 and 12 – was secretly filmed at an abandoned RAF base and is due to air season six next year

The Duke of Sussex was particularly candid, telling biographer Angela Levine: “My mother had just died and I had to walk a long distance behind her coffin, surrounded by thousands of people watching me while millions watched me on TV.

“I don’t think a child should be asked to do this, under any circumstances. I don’t think that would happen today. No child should lose their mother at such a young age and then watch their grief over thousands of people.”

Ms Levine said of The Crown’s decision to recreate the funeral procession: “It is inhumane, indecent, and hurtful.

“When I first went to meet Harry, he asked if I had seen The Crown, which was in series 2 at the time. I said no, and he said, ‘Oh, you’ve got to see it.'” My only problem is that they have to stop before they get to me.”

However, Prince Harry, who struck a deal with Netflix for a documentary series, defended the crown in an interview with James Cordon last year, saying it was a “clear fiction”. 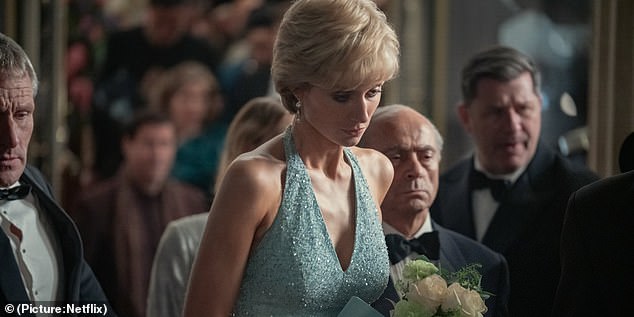 To the dismay of Diana’s family and friends, The Crown production team will be in Paris next week to re-enact her final hours, and The Mail on Sunday could reveal

In 2017, the Prince of Wales said: ‘It was one of the hardest things I’ve ever done – that walk. It felt like she was almost walking alongside us to get past us.’

Diana’s brother, Earl Spencer, revealed that he told the courtiers that she did not want her children to have this experience.

He said, “I have been a fervent advocate for William and Harry not having to walk behind their mother’s body. I found it strange and cruel to ask them.

“I was in touch with a man of the royal court at Buckingham Palace and he mentioned it and I went, of course not, and he said, ‘Well, it’s decided. “

Perhaps this explains why Netflix chose not to shoot scenes in central London but at an abandoned RAF base five miles outside of Bicester, Oxfordshire.

Last Wednesday, little-known actors Rufus Kampa and Will Powell, who portray William, Harry and Dominic West as King Charles and Jonathan Price as the late Duke of Edinburgh, traveled to nearby Upper Hayford where they were joined by hundreds of extras.

The show’s producers made the rare decision to shoot with a green screen, allowing production professionals to place shots later on against a background of their choosing. Few of the drama’s stories have used this technology, and a source close to The Crown said the decision was made due to the viewer’s sensitivity. 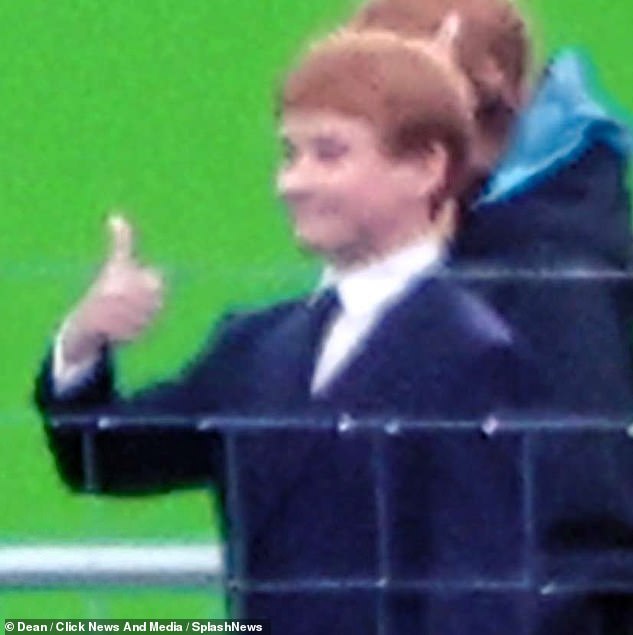 Pictures show the funeral procession for Diana, Princess of Wales, filmed for The Crown in Oxfordshire on Netflix

“Not only was it impossible to secretly film these scenes while they were being filmed in the heart of London, but it was decided that it would be completely inappropriate,” the source said.

“They were in and out of the air base in one day, and the scenes would be part of the funeral that would span one episode.”

The excitement for Princes will likely continue as the Netflix crews head to Paris this week.

They will film scenes from Diana’s last days spent with her boyfriend Dodi Fayed in the French capital. While it is understood that the incident that killed them will not be recreated, the scenes of leaving the Ritz together will be.

Meanwhile, Prince William is also said to be angry that the Netflix series – set to start next month – will film his mother’s interview with BBC Panorama with Martin Bashir, which was obtained through “deception”.

As the Duke of Cambridge, he recorded a rare statement saying that the manner in which the interview was conducted meant it had “no legitimacy” and “never aired again”.

He added: “He effectively established a false narrative … that was marketed by the BBC and others.”

https://www.dailymail.co.uk/tvshowbiz/article-11344289/Outraged-critics-round-Crowns-callous-depiction-Princess-Dianas-1997-funeral.html?ns_mchannel=rss&ns_campaign=1490&ito=1490 Filming the stern tiara of Princess Diana’s funeral in 1997